Nicolas Steenhout Part of a Whole 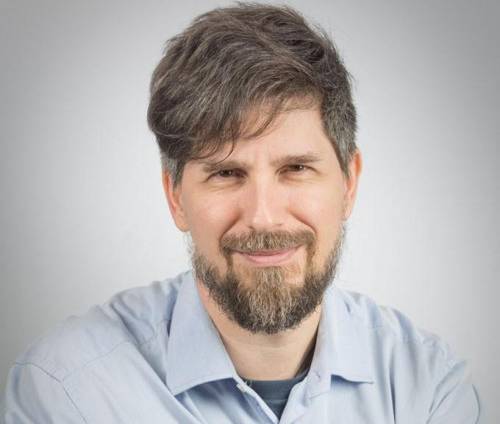 Inclusivity is vital to a democratic internet. For more than 20 years, Nicolas Steenhout has been addressing this subject head-on as a web accessibility expert.
Working as a developer in the mid-’90s, Nic was approached by colleagues, clients, and friends with web-based issues that weren’t yet part of the public consciousness. Images weren’t properly announced to people who are blind; video-only tutorials didn’t account for people who are deaf; over-engineered webpages made it impossible for those with ADHD to engage. Nic quickly realized that amid a major technological revolution, a significant part of the digital landscape was being neglected.
In 1996, he took on a federally-funded position in the US disability sector. The world of non-profits allowed him to work closely with people with a wide variety of impairments. It gave him an even greater understanding of the web’s shortcomings. At the same time, the experience introduced him to new assistive technologies—technologies that were breaking barriers for people with disabilities.
Over the next two decades, Nic continued his work for both the non-profit and private sectors. He has held several Executive positions and currently provides his services as an independent consultant. Businesses and government agencies seek Nic’s expertise in strategic planning and training.
All over North America, Europe, and Australasia, he’s engaged with thousands of individuals with disabilities. These interactions have fuelled his passion for storytelling. Public speaker, avid blogger, and podcaster, Nic provides real-world insight into everyday accessibility issues. He explores everything from disability awareness and security to how JavaScript can be used to better the web for all. He’ll even share the occasional anecdote about his service dog.

All Levels
Workshop
MORE INFO
Powered by Khore by Showthemes